Force’s best run in her Chevrolet Camaro SS Funny Car was 3.804 seconds at 333.33 mph, quicker than Matt Hagan’s national-record run of 3.822 seconds set last year in Brainerd, Minn. Because Force’s pass came during testing, it is not a national record.

“It was a pretty unbelievable run,” Force said. “It’s all thanks to these guys; I’m just the one piloting the car down to the other end. But it was really exciting hearing them come on the radio and be so excited about it.

“It’s great being out here at Phoenix testing. We’re going to try some new things tomorrow and just see what the car does. So far, we’re definitely happy with it.” 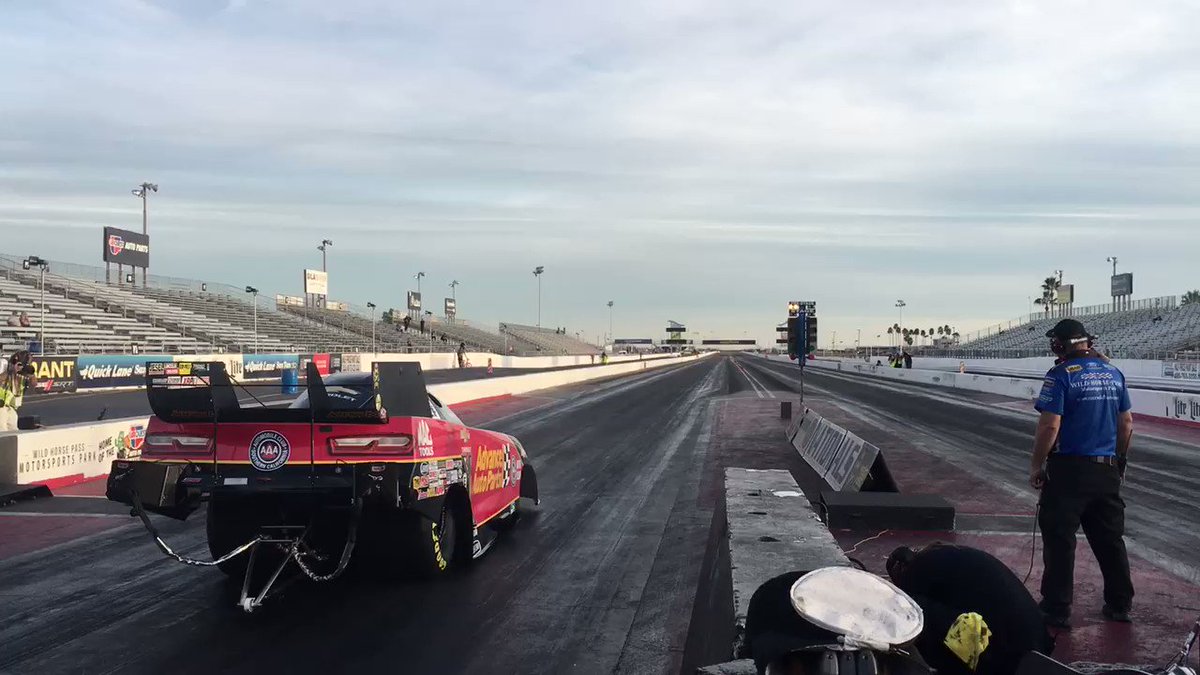 Welp, that was the quickest run in FC history… @courtneyforce hauls the mail w/ 3.804 ET @ 333.33 mph! My GOODNESS #NitroSpringTraining

“I feel good every run,” Force said. “It’s crazy. You take two months off during the offseason and then you hop back in a car – just smashing on the throttle – it takes some getting used to and time to get back into your routine. When you get a couple months off, it changes things. It’s been a lot of fun getting back in the car and back into the groove of things. I feel like I’ve had to really quickly, as my guys are ready for the season. They’ve really shown that with how the Advance Auto Parts Chevrolet Camaro has run so far.

“I feel like I had my hands full on multiple runs, but it’s really great being able to make so many great passes just in testing – the 3.84s and then the 3.80 unofficially. It’s a great feeling. I’m proud of my guys; it’s all because of them.”

Girls Auto Clinic is looking for our next tech! $100 referral coupon!

There are no upcoming events.